Both of my grandfathers were breaker boys and coal miners. My dziadzi’s stories and the life I experienced in the Anthracite Coal Region of Northeastern Pennsylvania have influenced the directions my life has taken. It is the contention of this project that the stories of breaker boys and the lives of coal miners’ families need to be told and retold often.

Lewis Hine, sociologist and photographer, took many photos of “Breaker Boys.” A breaker boy was child laborer at the coal-mine whose job it was to separate impurities such as rock, slate, wood, sulfur, ash, clay, and soil from the coal using his bare hands in the coal breaker. He did this work while seated over wooden seats and conveyer belts. The boys stopped the coal to pick out the impurities by pushing their boots into the stream of coal flowing at them as it passed to the next breaker boy.

The featured video comes from America and Lewis Hine, (1984). It shows remarkable and rare footage of breaker boys doing dangerous jobs in coal mines and features pieces of an oral history of a former breaker boy.

Nearly all coal breaking facilities were labor-intensive, with breaker boys between the ages of 8 and 12. Although breaker boys were primarily children, elderly coal miners who could no longer work in the mines because of age, disease, or accident were also employed this way. 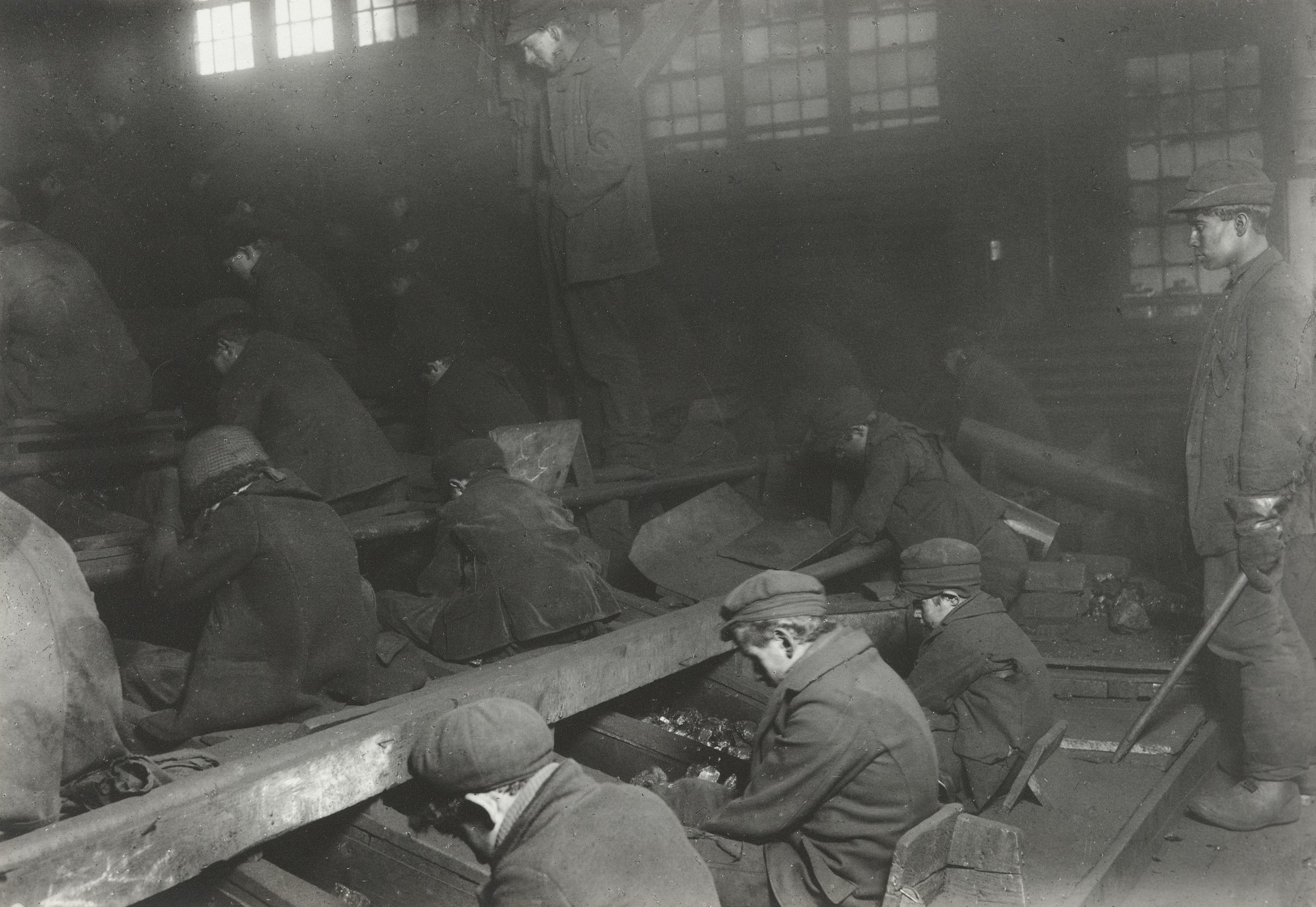 Breaker boys were required to work without gloves so that they could better handle the coal and manually filter out its impurities. The impurities like slate were sharp and breaker boys often left work with their fingers cut and bleeding. They lost fingers from the rapidly moving conveyor belts. Others lost feet, hands, arms, and legs as they moved among the machinery and became caught under conveyor belts or in gears. Many were crushed to death, their bodies retrieved from the gears of the machinery by supervisors only at the end of the workday 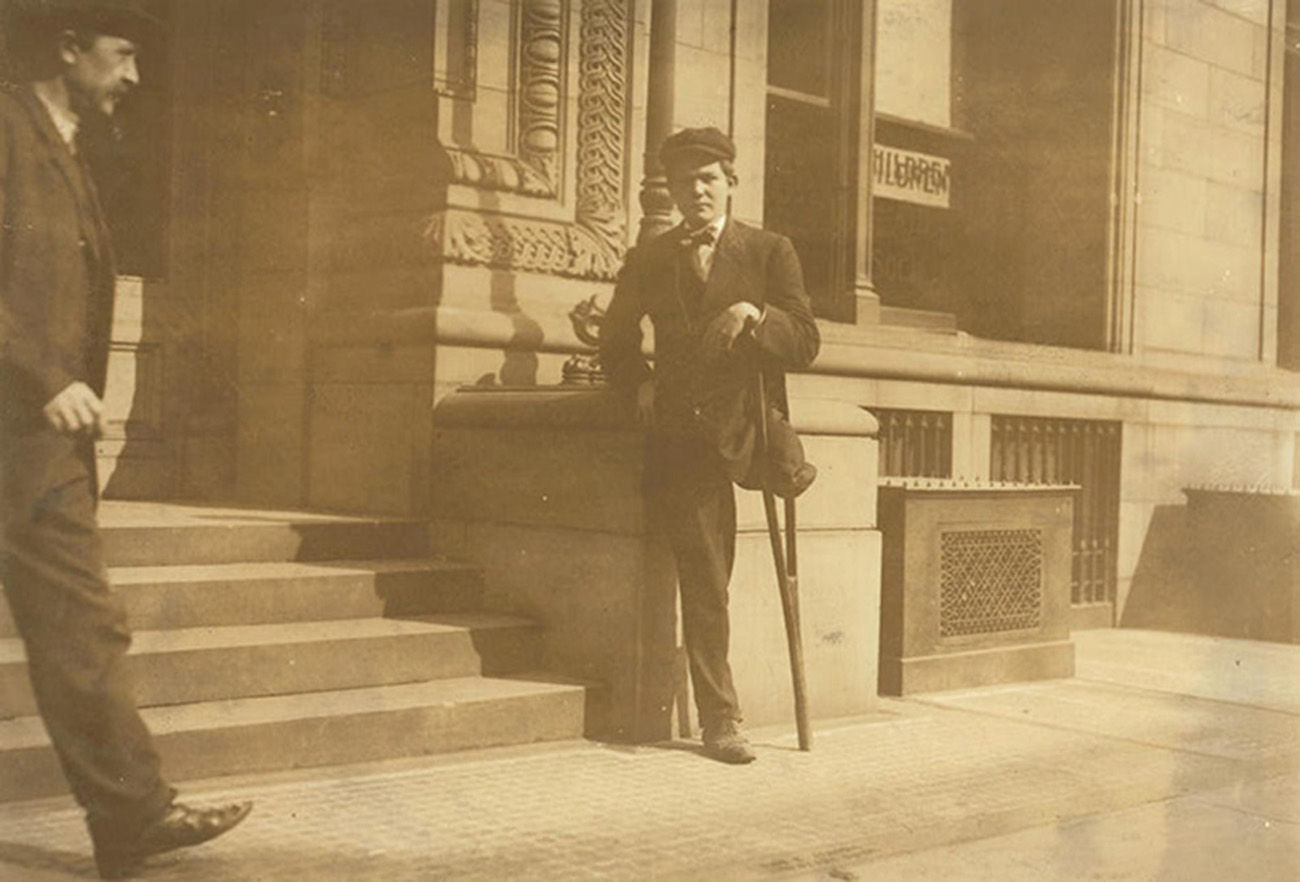 The image at the top features Ewen Breaker of the Pennsylvania Coal Company while the first photo within the text shows breaker boys at labor. The third photo is an 18-year old boy from Wilkes-Barre named Neil Gallagher. He worked at the Pennsylvania Coal Mine starting at eleven years old. His leg was amputated twice and he received no compensation from the coal company.

In relationship to these sets of photos Hine noted, “The dust was so dense at times as to obscure the view. This dust penetrates the utmost recesses of the boy’s lungs. A kind of slave driver sometimes stands over the boys, prodding or kicking them into obedience.”

← Anthracite Heritage Conference to be held Saturday, May 13, 2017, in Scranton