December 1, 2014 marked the one year anniversary of the founding of the Anthracite Coal Region of Northeastern Pennsylvania. It all started on Facebook with a collection of images and comments. But of course, it all REALLY started offline when family, friends, neighbors, and community members have shared stories and exchanged ideas.

On Facebook we have enjoyed the presence of 3,360 likes, hundreds of thousands of views and more than 750 photos posted with countless commentary. We have expanded to create this webpage on which we occasionally write you longer, original articles, such as the one that you circulated hundreds of times about the 1948 plane crash in Wilburton that was covered extensively in the mid-century media.

The larger goal of this page is to discuss history, culture, and media representations of the Greater Anthracite Region. To these ends and to celebrate our one year anniversary, we will focus on an example of a particular kind of of media representation reaching back to the 1930s: sponsorship, or advertiser control of programming. This form of program financing dominated American commercial broadcasts in the 1930s, but by the end of the 1950s only a small number of programs were sponsored. Blue Coal, the anthracite coal company from Ashley in Luzerne County (that was part of Glen Alden Coal Company), made this then-typical exclusive arrangement between the advertiser and one of the most popular mystery-thriller radio shows, The Shadow during the 1930s. Such an arrangement differs widely from the magazine “spots” we get in the form of commercials nowadays. The show’s advertising was targeted at the New England and Great Lakes Region of the USA. Although the radio cast changed over the years, (including a period when Orson Welles played the lead role), the anthracite advertising from the Delaware, Lackawanna and Western Coal Company was consistent.

We offer three short audio files from the 1930s featuring the voice of John Barclay, “America’s foremost heating authority”. It takes you back 77 years as people sat in front of their radios, tuned into The Shadow, and listened to the promotion of anthracite coal: (1) “Anthracite Coal is Unequal” (2) “We Can Still Save Him” (3) “Blue Coal, A Solid Fuel for a Solid Comfort” 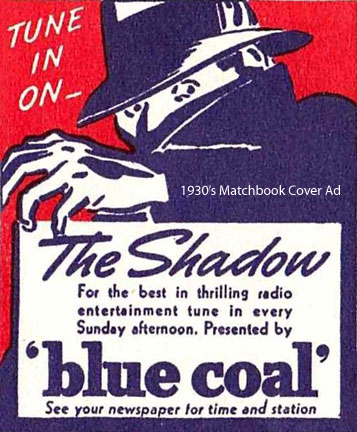 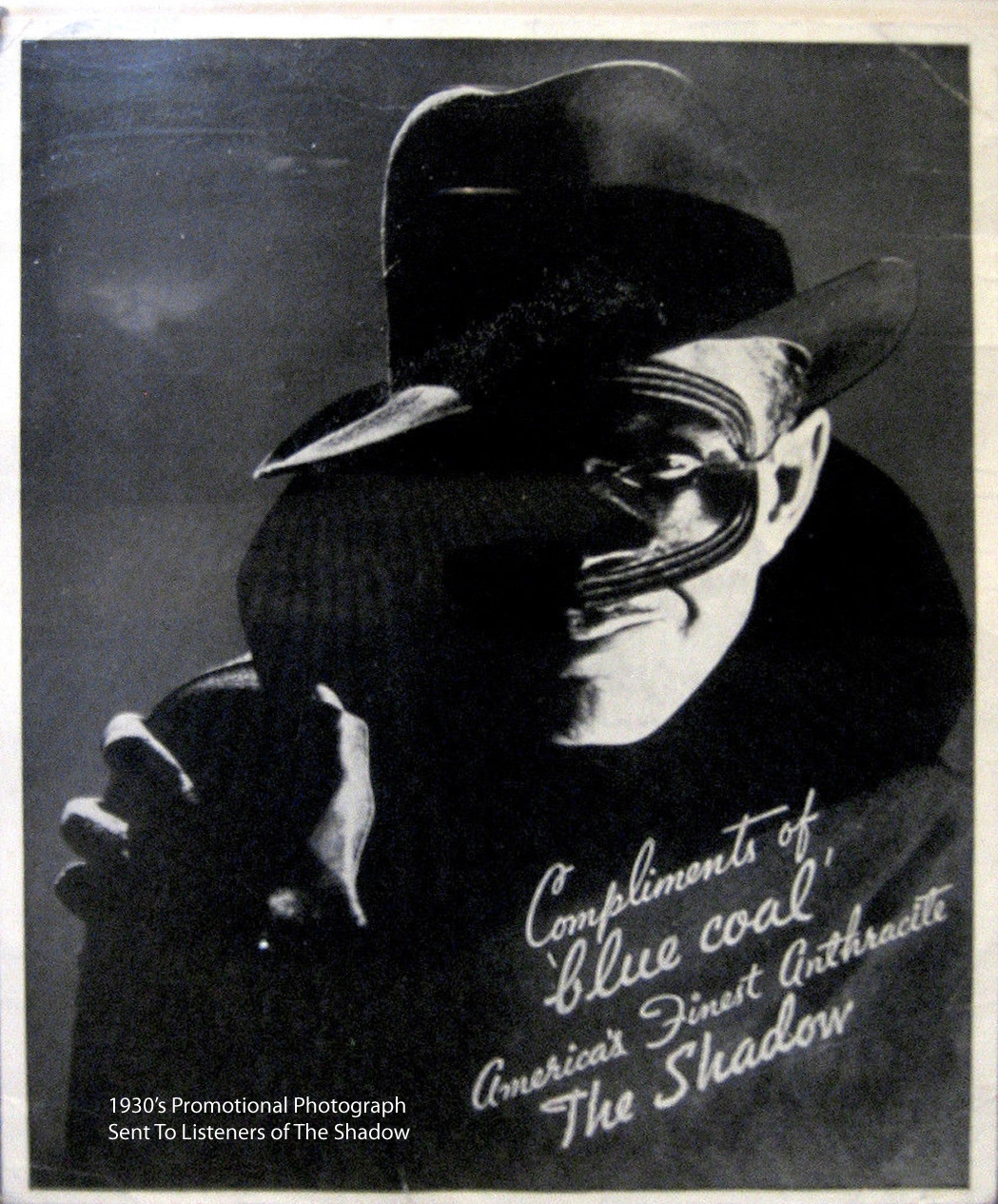 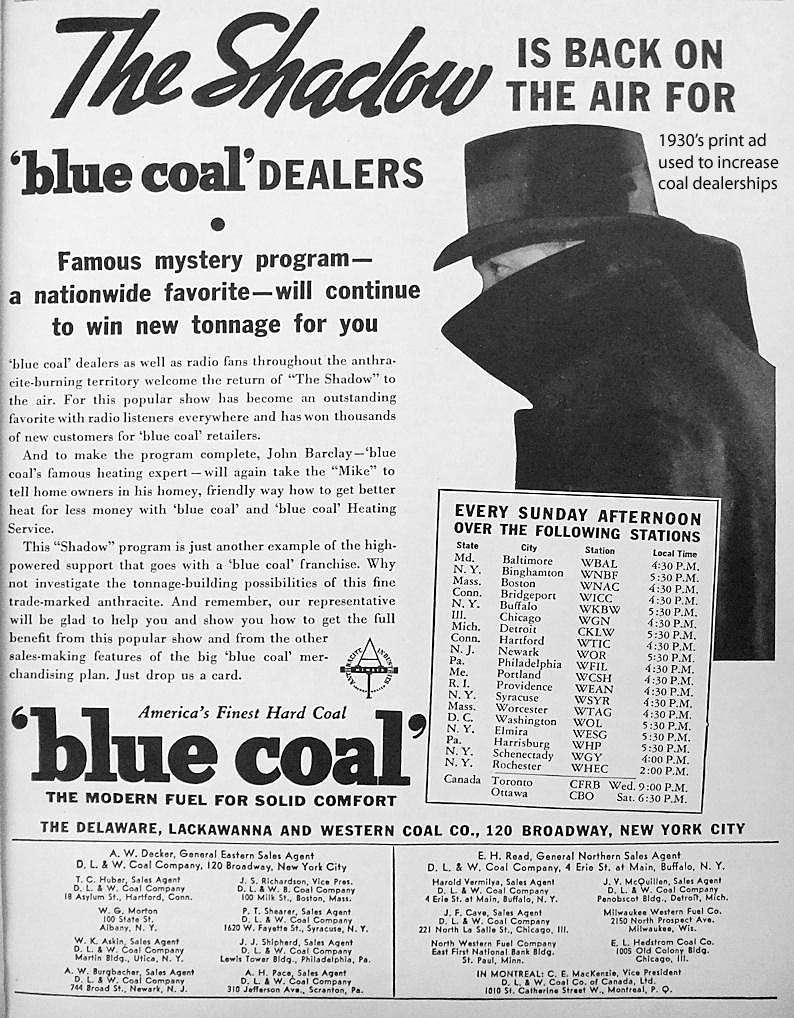 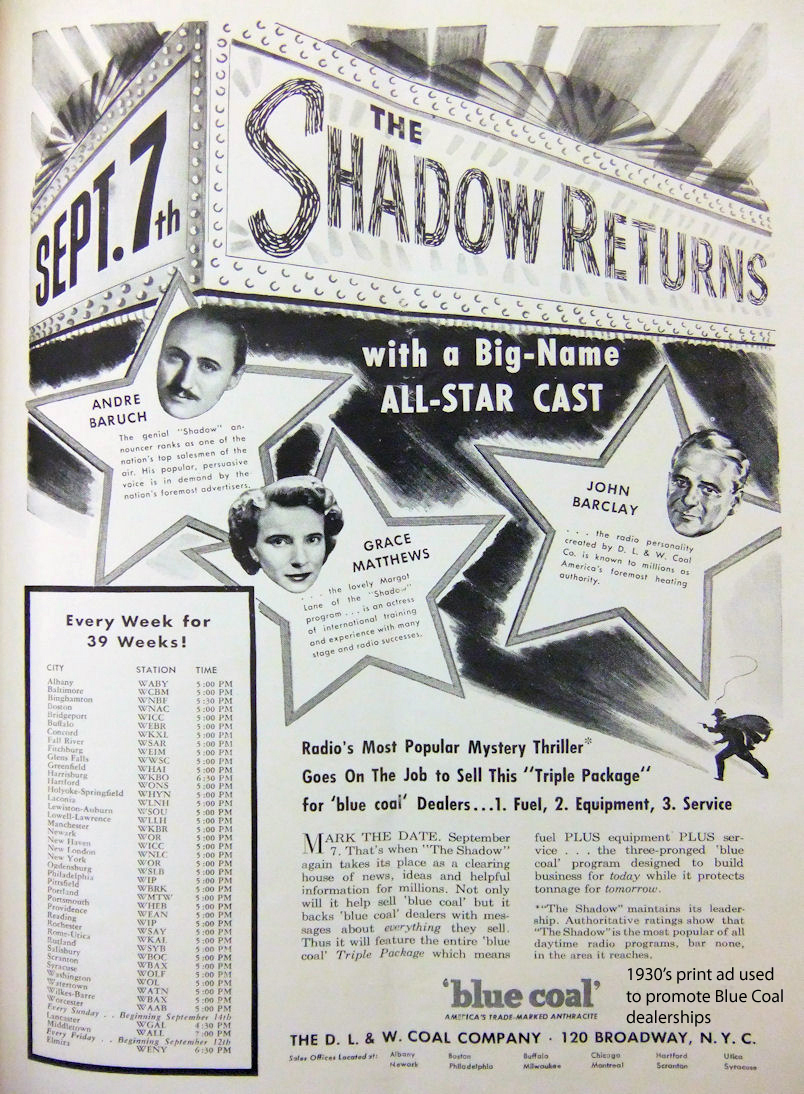